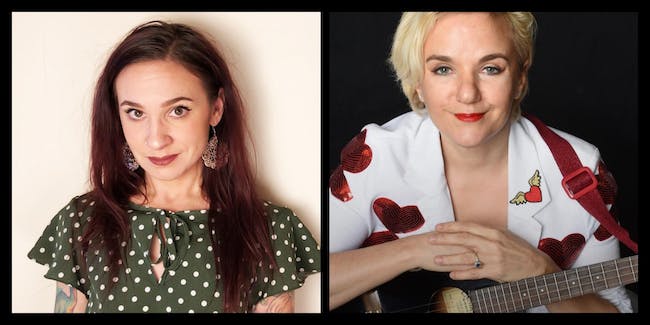 A native of Minneapolis, the singer with the bourbon voice began writing songs at the age of eight. The only musician in her family, she started playing piano at a very young age and eventually took up guitar at fifteen. As she matured, she quickly gathered attention as a woman whose voice would silence entire rooms with its uniqueness and strength.

Kyle attended McNally Smith College of Music in St. Paul, where she met many of her closest collaborators, whom she continues to work with frequently almost fifteen years later. After college, she became involved in several bands as a keyboardist, accordion player, guitarist and backup singer, while continuing to write her own music and perform frequently as a solo artist. Finally, in 2012, Kyle stepped back from her other projects and started performing her own music with a full band. This eventually led to the very successful Kickstarter campaign that funded her first EP, Run Run, which was a collection of songs she wrote while living in an artist loft in St. Paul.

Kyle continued growing rapidly as a songwriter, and, after a life-shaking breakup, recorded her second EP, “Cold and Bitter Girl”, which chronicled the aftermath of a tumultuous five-year relationship. Kyle, who was in the midst of a deep depression at the time, began questioning her life as a musician, and stepped back from writing and performing. She wouldn’t release “Cold and Bitter Girl” until more than two years after recording it.

In 2017, Kyle (who was newly engaged at the time) moved to Santa Fe, New Mexico, with no expectations for her future other than to find happiness with her new husband, and to do with her life whatever seemed to come naturally. It seemed, however, that music had major things in store for her. Cold and Bitter Girl was finally released digitally and very quietly, but sparked the attention of a number of local musicians. She started a new band, Ten Ten Division, and wrote over 50 songs that year. These songs spanned genres of not only the rock and folk-rock of which she had been known to pour herself into, but also country, pop-punk, and children’s music. Vonnie Kyle was finding herself again. Ten Ten Divison quickly gained a strong following in northern New Mexico and recorded their debut release, “Flowers & Bones” in 2018.

Today, Kyle continues to write, perform and tour as both a solo artist and with TTD. 2019 is expected to be her biggest year yet, with a tour of the southern US and new records for both of her projects on the horizon.

Ukulele Songbird. She was born and raised in London, UK, but in the past dozen or so years has established herself as one of the busiest musicians in Minnesota. Combining melodic pop/folk songwriting with her twangy Americana band. In addition to more than 50 shows a year. She is currently booking her third UK tour.