iCal
Google
The Stylites at The Warming House 11/2/19 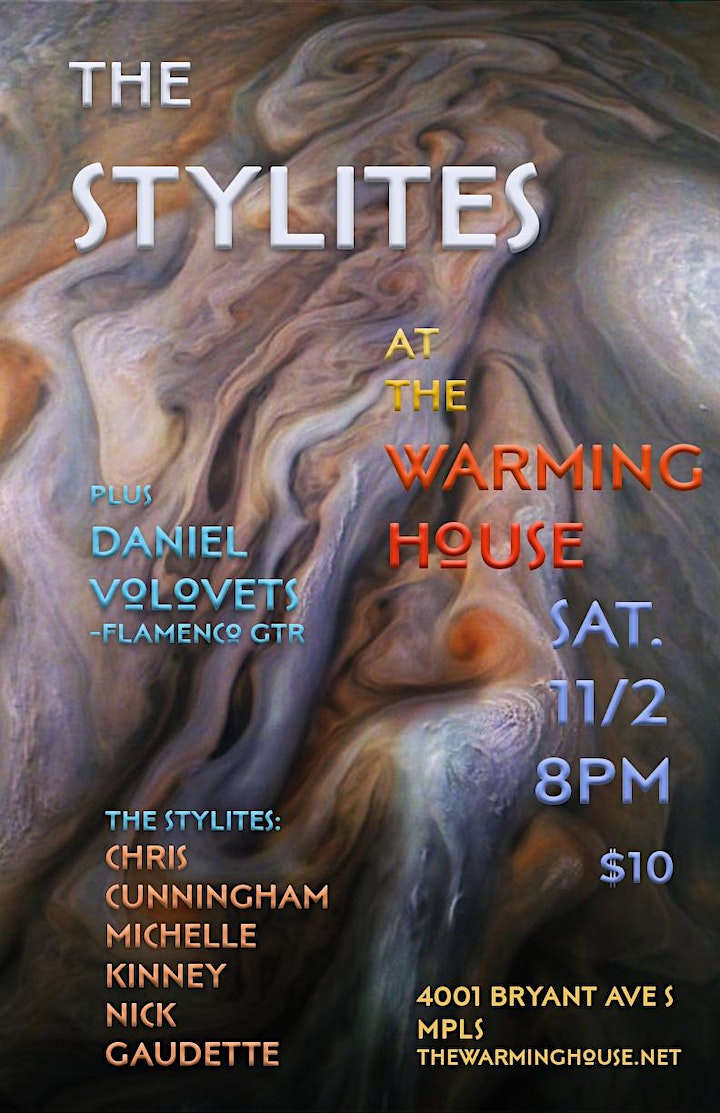 The Stylites are a new acoustic power trio comprised of three very experienced yet impassioned Twin Cities musical artists. The Stylite’s sound features the cello/guitar interplay of Michelle Kinney and Chris Cunningham grounded by the virtuosic bass violin of Nick Gaudette, producing a unique new genre that could be best described as post-national urban acoustic. Their compositions, arrangements, and improvisations draw equally from progressive jazz, Nuevo Tango, Celtic, North African, Middle Eastern, and European/ American folk traditions.All three are well known to Minnesota audiences for their work with the groups Jelloslave, Mississippi Peace, Fall of the House of Usher, The Orange Mighty Trio, Coloring Time, Chastity Brown, and others. All have been regularly commissioned as composers for Theater, Film, and Dance, and Kinney and Cunningham have performed and recorded with a vast list of international artists such as Henry Threadgill, Nirmala Rajasekar, Marianne Faithfull, Natalie Merchant, Joan Osborne, The Lounge Lizards, John Zorn, Richie Havens, Jeff Buckley, Omar Farouk, and The Contortions. 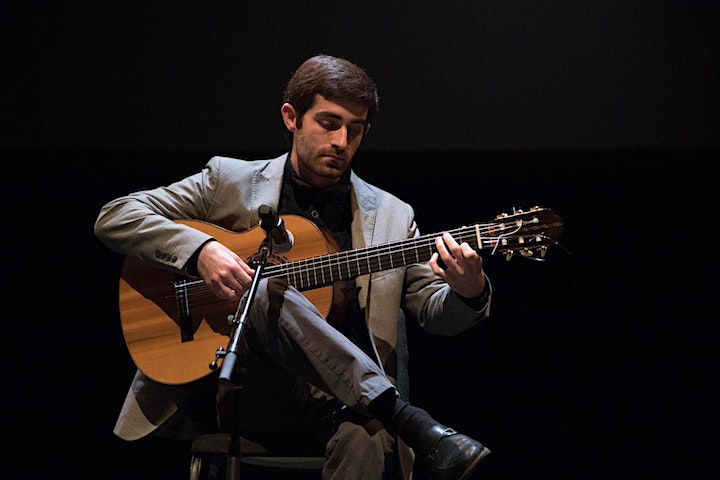 Daniel Volovets is a guitarist, composer, arranger, and instructor specializing in classical, flamenco, Latin American, and jazz music. Although born in the United States, his music is informed first and foremost by his Russian heritage. He was raised in a household of almost constantly reverberating musical notes -- passionate and melancholy melodies of Russian and Ukrainian folklore, gently swaying Brazilian rhythms, and fiery strumming of flamenco masters, just to name a few. Daniel's mastery of many musical genres and aesthetics is evident in the breadth of his extensive repertoire, which spans numerous countries and eras. He is an accomplished arranger and composer, utilizing the harmonic and tonal possibilities of the guitar in his arrangements and compositions for both solo guitar and various ensembles. Daniel is a prolific performer, giving concerts regularly throughout the Twin Cities at a wide range of venues. Daniel graduated from the University of St. Thomas with a B.S. in Neuroscience and will graduate with an M.D. from the University of Minnesota Medical School in May 2019, ultimately planning to balance the careers of a psychiatrist and guitarist. For this intimate performance, Daniel will perform selections from his new album “Masquerade” as well as favorites from his repertoire.