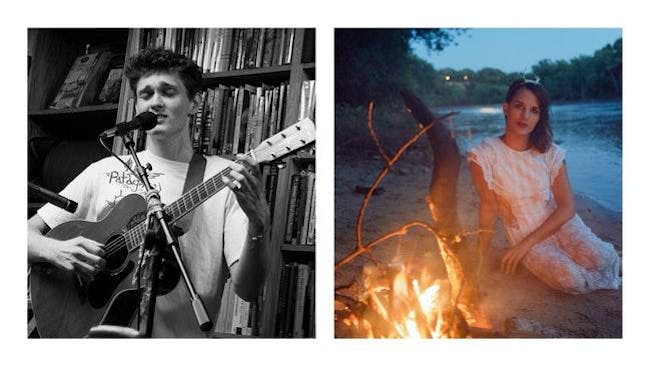 Ben David is a poet that plays fingerstyle guitar. With existential reflections ranging from love to the mundane - he crafts folk songs from lived experience. Born to the interminable horizons of Southwest Minnesota, and raised with a love for the Northwoods, his lyrics and chordal style are inundated with enterprise and enveloped by the roll of the wind. Through sidewinding streetlight storytelling and a glint to the absurd he meanders the valley of music. One might find him strumming along at house shows, coffee shops, breweries, or bookstores. After acclaim on The Local Show of 89.3 The Current & Radio Five Watt, he began working with John Munson on his debut album ‘Far Off Gaze.’ The ten song LP is nigh complete with a release date underway.

"As the ripples on the surface of the river mingle and transform the lines and reflections of our world, so Willow Water's music shapeshifts and defies categorization. Dancing lithely between rock and roll, country, old folk, and jazz; bolstered by rich, intricate, and often surprising arrangements and instrumentation, her music exhibits exhaustive precision and delightful variety. And centering this vast array of orchestration is Willow's singular voice - a voice that is grounding in timbre yet soaring in its revelations.